This week I’m going to give you a fast slap lick similar to the kind of things you might see from Victor Wooten. If you’ve not played any slap bass before then I suggest you work through some of my other slap lessons first.

The lick we’ll be looking at is based on some simple mechanical patterns. Let’s look at those first.

Our first pattern will be the basic open string – hammer on – slap – pop. Below we have a basic example of this pattern using an open A string and a D octave on the A and G string:

Next, we can move the octave pattern around while still using the same open A string:

We can also move all over the fretboard with this same pattern. In this example we move chromatically down the A string from the 12th fret back to the 1st fret: 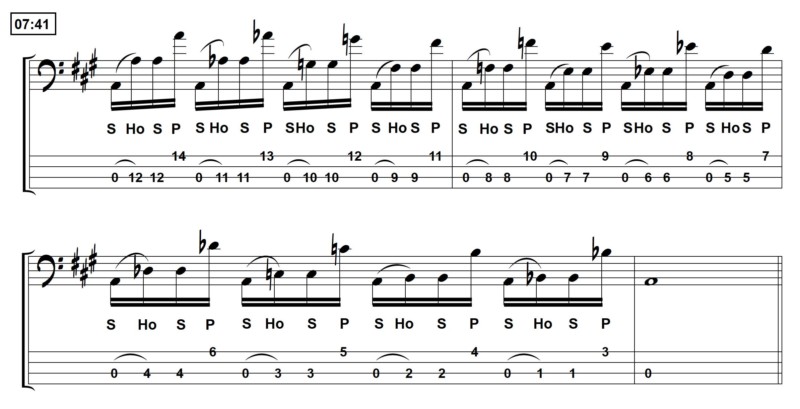 Using this same principle we can outline scales. Here we have a descending A major scale:

We can also shift keys while using the same open string because the note move by so fast, the ear only registers the general key (dictated by the other two notes). The following example is in Ab Major while still using the, now dissonant, open A string:

As well as octaves we can outline any interval with our slap-pop pattern.

The following example is a Major Third pattern between the D and G string:

By using a combination of major and minor thirds we can outline the D major scale in descent: 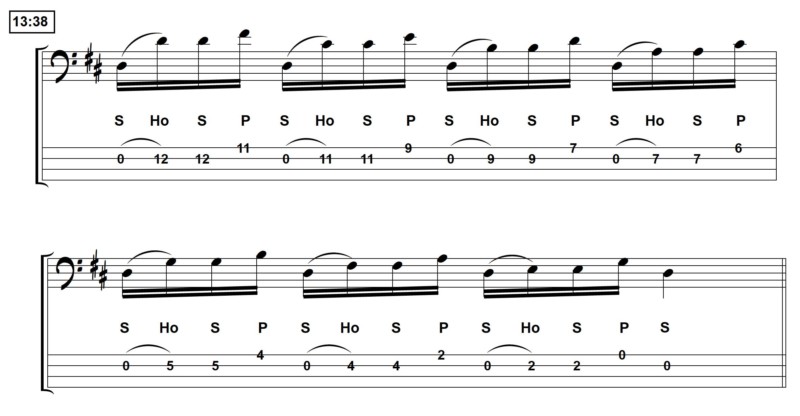 Using the principles outlined in this lesson we can now try the lick I played at the start of the video. We’re in the key of G and descending through a series of thirds and sixths within the key, starting at a major third on D: 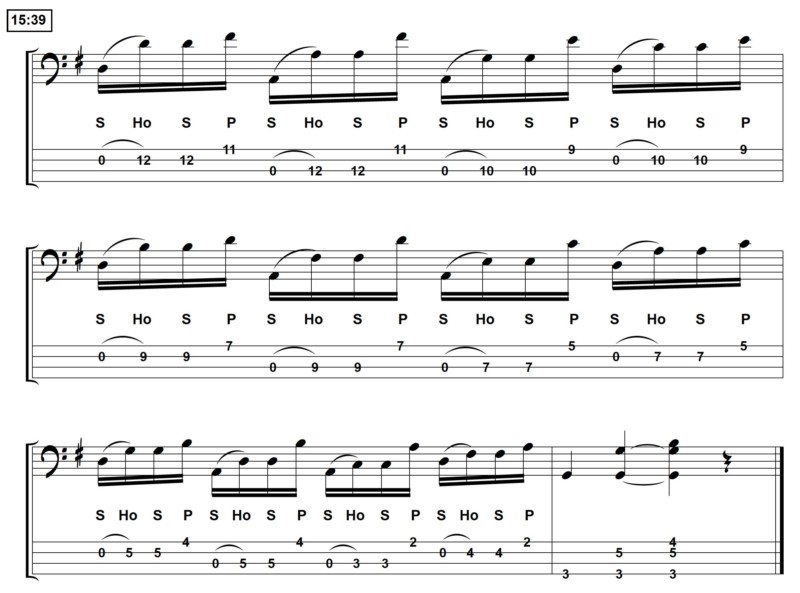