This week we’re going to look at some of those cool little triplet drops you’ll hear in more advanced walking bass lines. I spent forever trying to work out the best way to add them into my playing and in this lesson I’ll give you two simple tips that will get you on your feet.

P.S. For a complete guide to Walking Bass Lines be sure to check out the full course here

In this lesson we’ll be using a simple 251 chord progression in C major as our backdrop for applying these triplets. That gives us Dm7, G7 and Cmaj7 for a bar each and we’ll use A7 as a turnaround bar:

So there are a bunch of different ways you can add triplets into your walking lines but the majority of them involve playing through the notes of the chord you’re playing over. That means using good old chord tones.  So for my first tip we’re just going to look at a simple way of dropping  down the notes of  a triad.

To begin with need to know the notes of a triad. If you need any help with understanding triads just check out this lesson.

For our basic major and minor triads on a root note of C we would have the following:

So now we can add those triplets into some sample bass lines through our chord progression. We’ll add one to each chord in turn below: 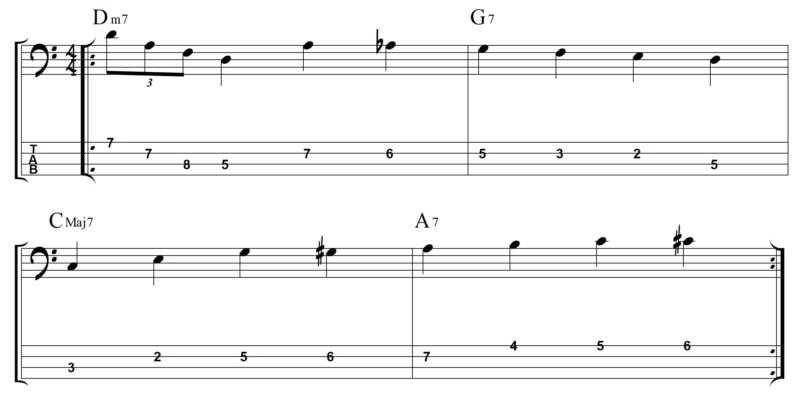 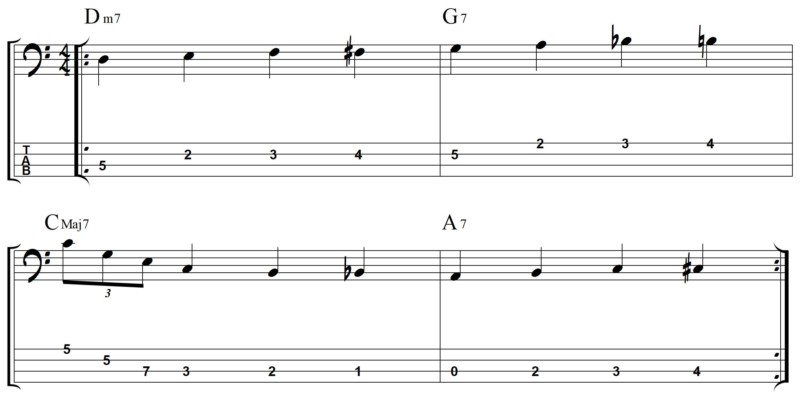 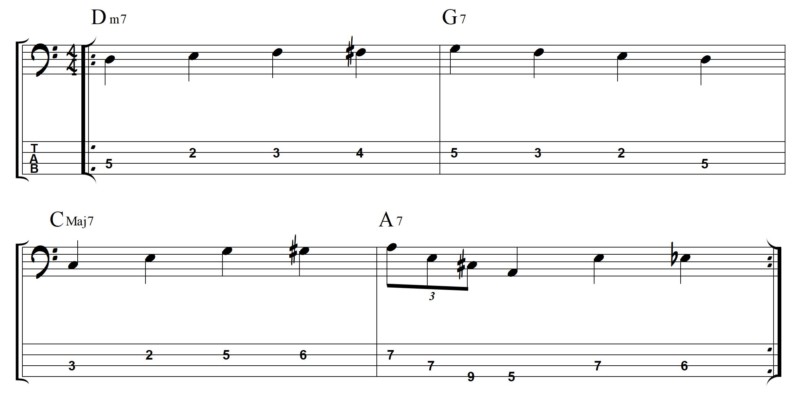 So that’s one quick way of adding triplets into your lines. The other way is pretty similar but we’re going to use an open string as a ghost note.

This is a really easy way of applying triplets because we only have to think of two chord tones. We could apply this technique to our chord progression again with the following lines: 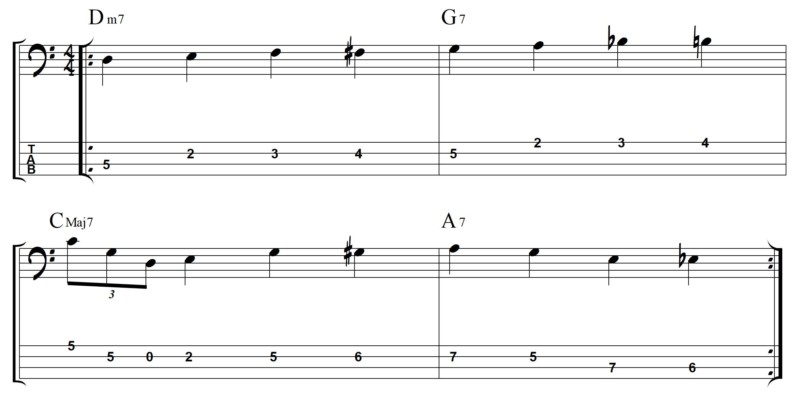 So that’s two simple ways of adding triplets into your walking bass lines. Now there are obviously many different ways to add triplets. It’s just a rhythm after all, but by focusing on a couple of simple techniques to begin with, you can get started, build up a bit of confidence and then start to diversify by adding more choices into your vocabulary.