This week we’re finishing our look at Jazz Standards and our focus on the Jazz Blues classic Billie’s Bounce by Charlie Parker.

In this lesson we’ll be looking at THE most important practice you can do for learning to solo: Transcription. We’ve got tips on every aspect of the transcription process and we’ll be breaking down the legendary solo by Miles Davis.

If you’re looking to learn to solo, especially in a jazz style, you really need to devote a LOT of time to transcription. Why is that?

Well when you transcribe a solo and you play along to that solo you’re developing your vocabulary and phrasing.

You also get to develop vocabulary. Solos are made up of a succession of phrases that you can see as similar to sentences in speech.

Don’t Be Too Analytical

One thing I’d advise when starting out is to not get too analytical. Learn the solo, learn the phrases and take note of the chords they work over. But don’t be in a hurry to break them down too much.

You don’t need to understand exactly what they are in terms of chord tones, enclosures, passing notes and all that stuff. Not at first. They’re just lines.

As you play them over and over you’ll get to know how they work on a more instinctive level over the chords at that point in the solo. The analysis can comes later.

Also, don’t be in too much of a hurry to replicate the lines verbatim in your own solos. If you’re too purposeful with popping them in there as whole lines then they might sound a little too forced.

What you can do is take shorter fragments of a line and incorporate them into your solos a little easier. But don’t be in too much of a hurry with any of this. If you’re just getting started you want to just take things easy, transcribe, learn those notes and play along.

Keep It Simple At The Start!

This solo is a little easier to learn which brings us to a really important point. Don’t start with something outside your ability!

Listen out for solos that are more 8th note based and a little more sparse when you’re just starting out. The Charlie Parker solo has some crazy fast 16th note flurries that are really tricky for bass players at any level. The Miles solo is much more laidback and also has some very interesting melodic ideas that are also a great example of why you should keep the analysis on the back burner at first. 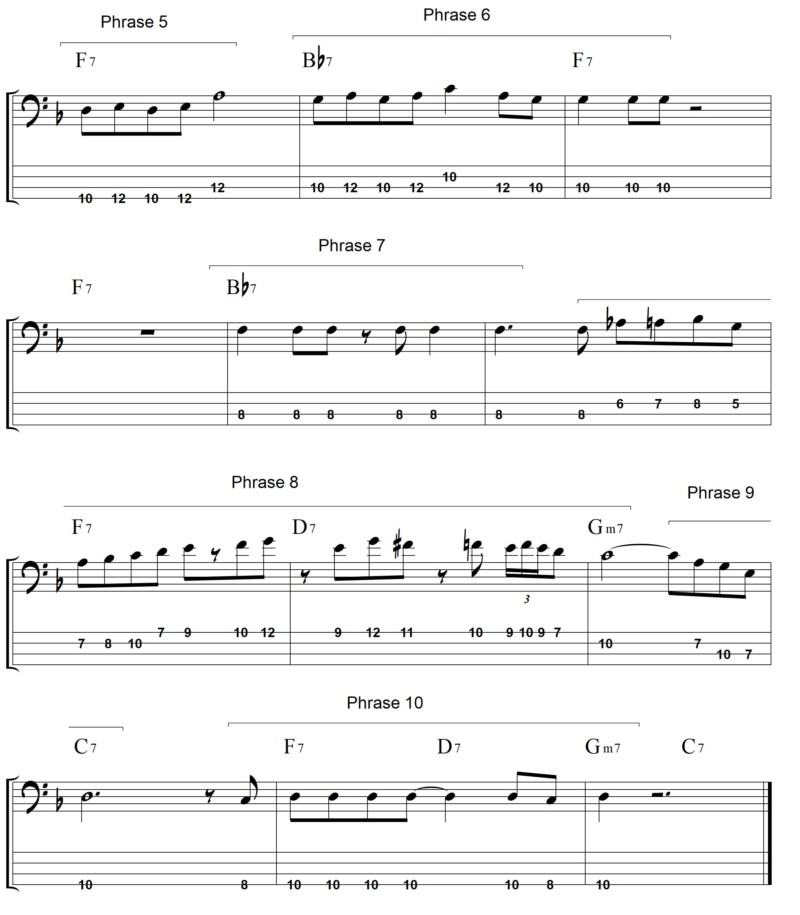