Jazz Blues Bass in a 2 Feel

This week we’re looking at a selection of Jazz Blues progressions and applying a 2 feel in the bass.

The previous lessons in this series have looked at the twelve-bar blues. To recap, it is a common chord progression used mainly in blues music and is usually based around chords I, IV and V. Here it is in its most basic form:

You really want to get this version of the twelve-bar under your fingers so you have an instinctive feel for it. You should be able to feel when the chords are coming up and know what is coming next. You also want to be able to play the progression in any key and at various speeds. Once you have this nailed you can start to incorporate some jazzy chords.

This version of the twelve-bar blues is very similar to the original, except there are a few extra chords in there. Play through the sequence using just root notes at first so you can get the sound of the changes in your head. 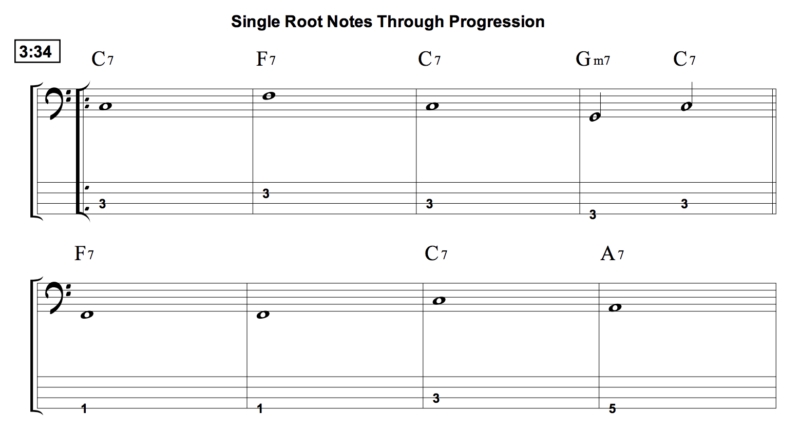 Playing a song with a two-feel is a great way to practice progressions, as jumping straight into walking bass lines requires a lot of thinking about arpeggios and scales etc. With a two-feel, you can work through the progression outlining the chord in a more relaxed way. You simply need to play the root note and fifth of each chord.

Work through this progression along to the backing track and get a feel for using roots and fifths. 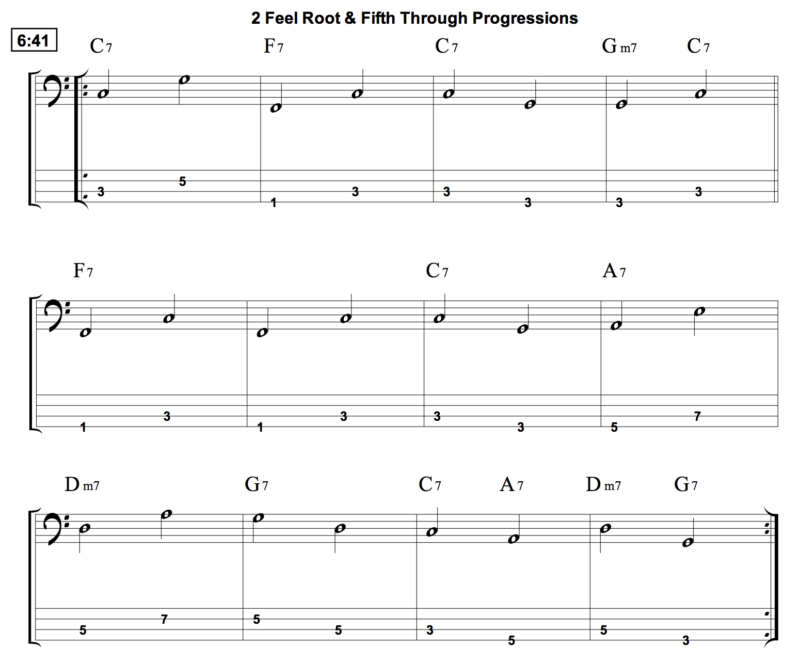 If you want a little variation on that two-feel, you can spice it up by adding some chromatic approaches before each of the root notes.

Here are two examples of approaching the F from both above and below:

Play through the progression again and try to add in as many different approaches as possible. Don’t worry about it sounding good for now as you are just practising. Here is an example: 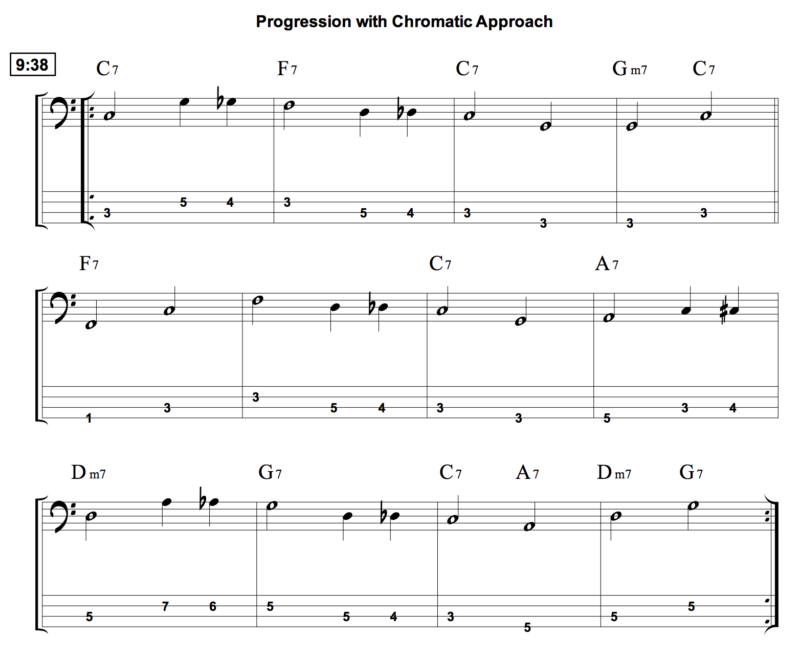 To add in a little more propulsion to your line, you can try putting in some ghost notes. This is a common technique and will help make your playing sound a little more jazzy. You could try adding a ghost note before your approach note or between two of them like this:

As you did with the approaches, play through the progression again and add in some ghost notes. 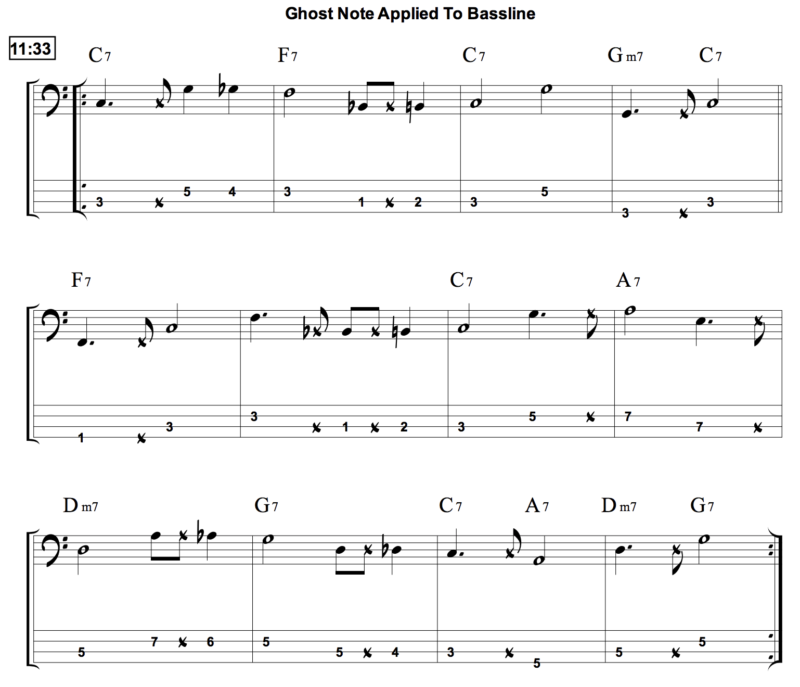 Another way to change things up is to use a 3rd along with the root instead of a 5th.

Try playing through the whole sequence using just roots and 3rds. Remember that the 3rd can come below the root, so switch up which octaves you play to make the most of the exercise. 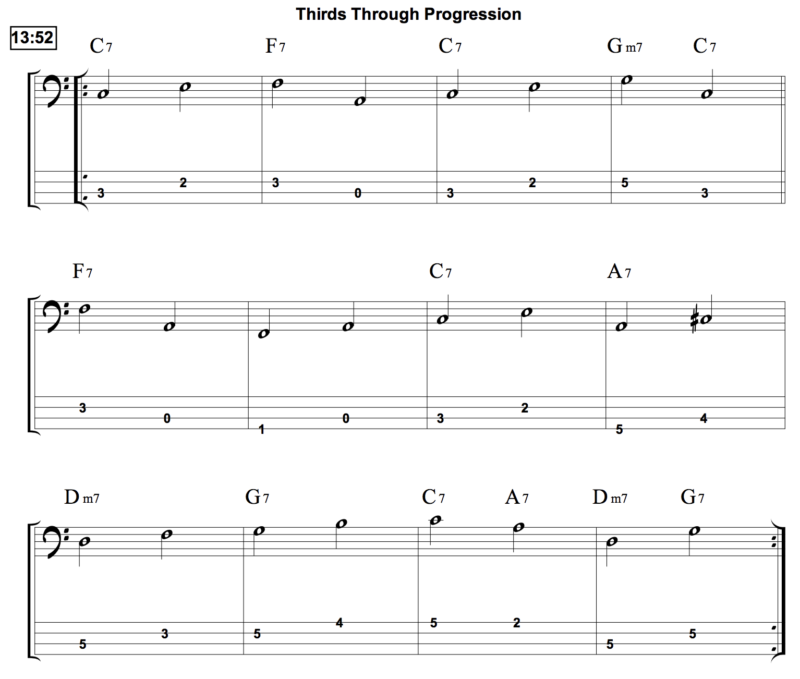 Now, try mixing up your use of 3rds and 5ths to get a feel for when each one is suitable. 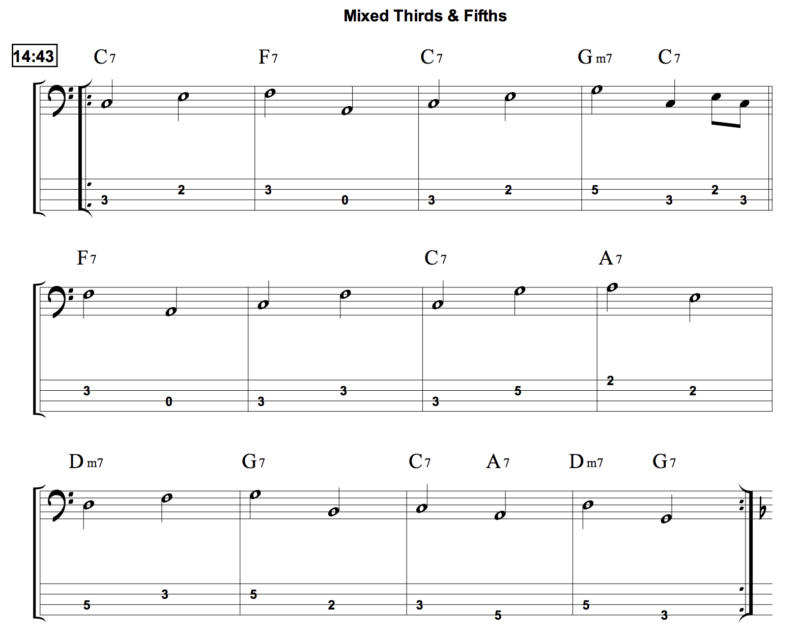 It is really important to practice all of these exercises in different keys and at different tempos, so you are prepared for any situation. 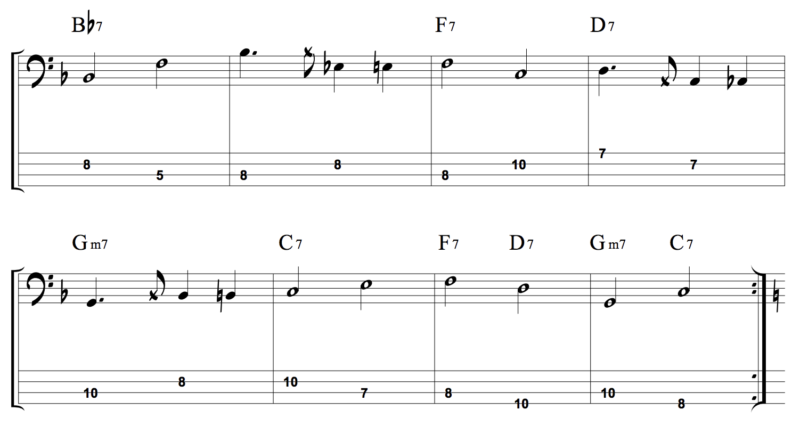 Sometimes you will come across bars that contain more than one chord, such as in the last two bars of our progression. An easy way to make a jazzy line through this is to use chromatic approach notes from above or below.

Now you have studied a few techniques to jazz up your bass playing, try incorporating them all into the progression. 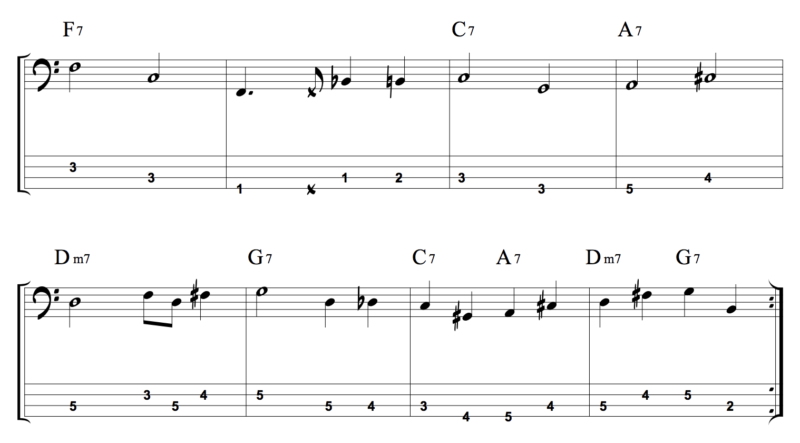 Like we said at the beginning, there are loads of different variations of the twelve-bar blues. You should have an idea of where to start now when analysing a chord progression and creating a bass line, so spend some time with these next few variations and try playing along. 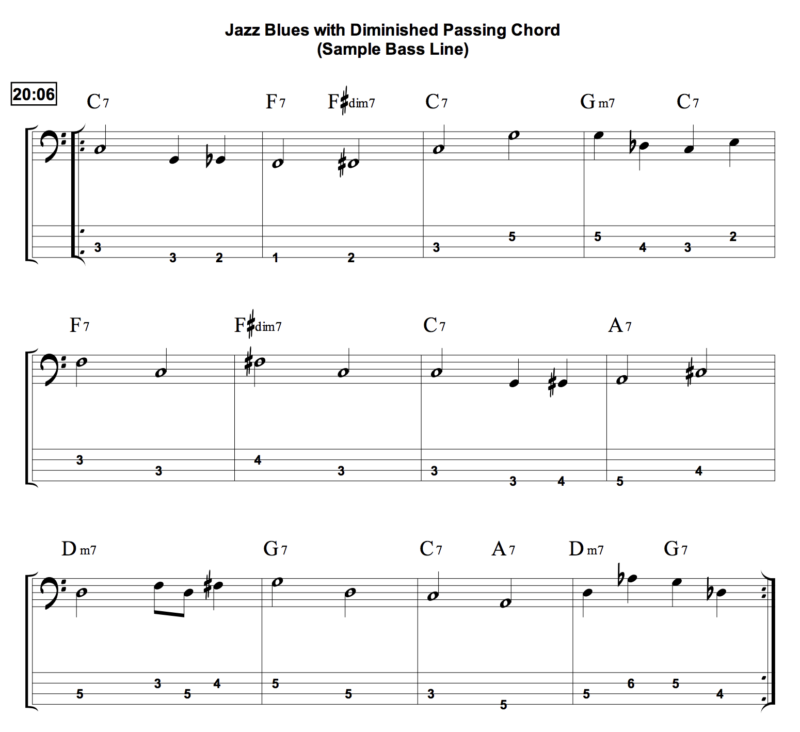 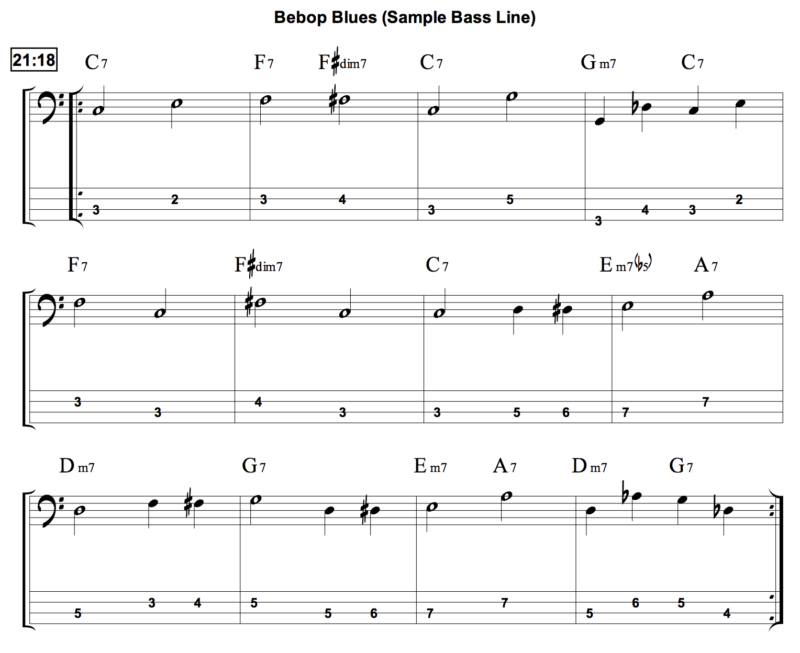 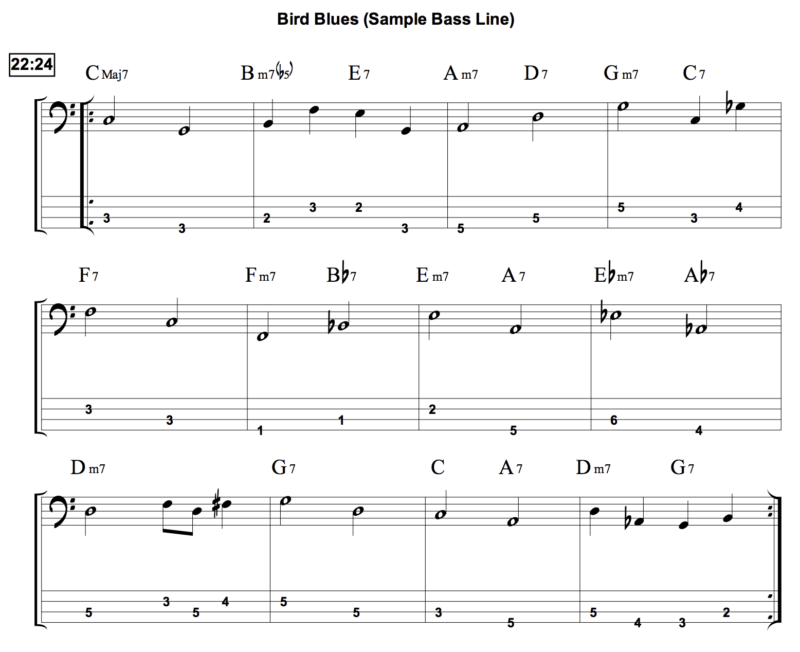