This week I’ll be looking at how you can use the pivot action of the hand, wrist and arm to make certain tricky lines a lot easier!

What Is The Major Pentatonic Scale?

The major pentatonic is another 5-note scale just like the minor pentatonic. The notes are found by taking degrees 1, 2, 3, 5 and 6 of the major scale.

If you take a look at the notation for the C major scale, you will see that it is very similar to the major pentatonic, except it still contains the 4th and 7th (F and B).

The major pentatonic is basically a stripped down version of the major scale. The 4th and 7th are removed as they are not quite as stable as the rest of the scale degrees and could sound out of place if they are not used wisely. The pentatonic is a safe scale to use if you are learning to improvise or solo because it consists of the most stable notes in the major key.

This shape is really worth learning because it allows you to slide between the 2nd and the 3rd easily and also between the 5th and the 6th. Pop bassists use this all the time so you might recognise the sound from a few songs!

As with previous lessons, we are going to contextualise this new scale by learning a couple of riffs in different styles.

This first riff makes use of the slide between the 2nd and 3rd and so is more suited to the second scale shape we looked at.

Once you have the fill under your fingers, try putting it into context with this bassline: 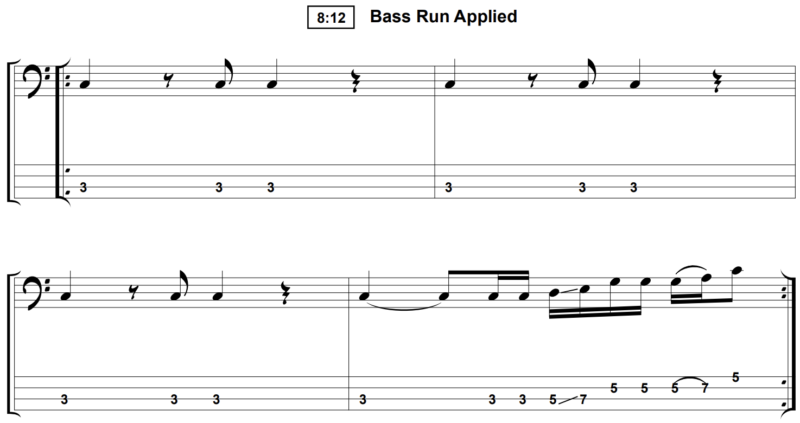 Now we want to move this fill around and fit it over different chords. Here is the chord progression so you can get to know that first:

This is a I, IV, I, V progression in the key of C. The major pentatonic scale can be used whenever you come across chords I,  IV and V as these are the most stable chords in the key. They also happen to contain every note in the major key and so provide a solid foundation for the pentatonic to sit on.

We can fit the fill we learned earlier into this progression over the G chord (V), as this will wrap the sequence up nicely and lead us back to C. 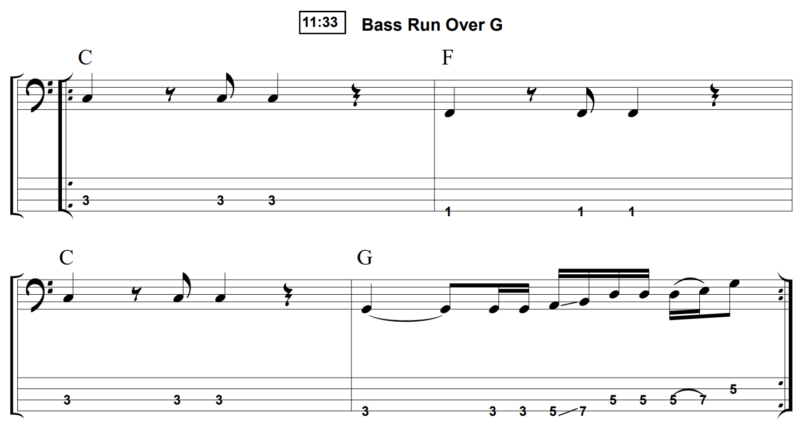 We can also try the fill over F (IV). 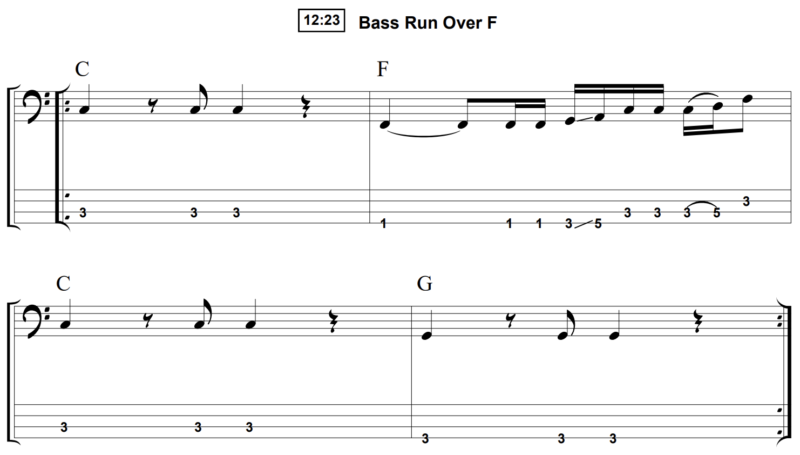 Now, let’s look at a fill that starts on the top note of the scale rather than the bottom note:

This run also uses the major pentatonic scale and can be used in the same places in a chord progression as the previous riff.

First, practice this run at the end of fours bars of C major: 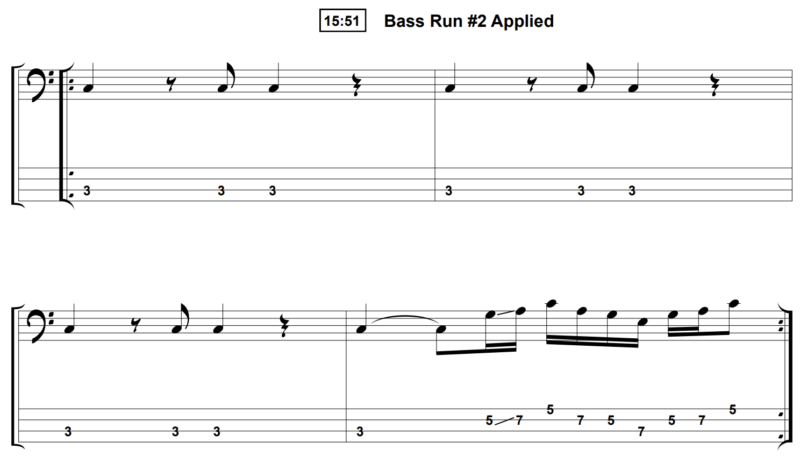 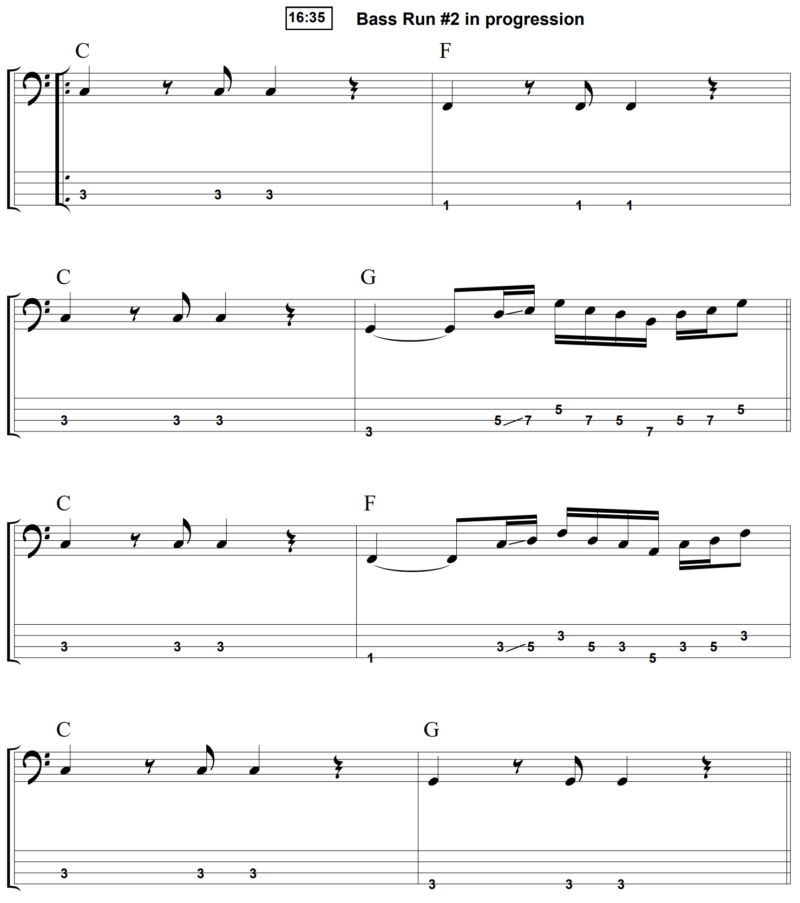 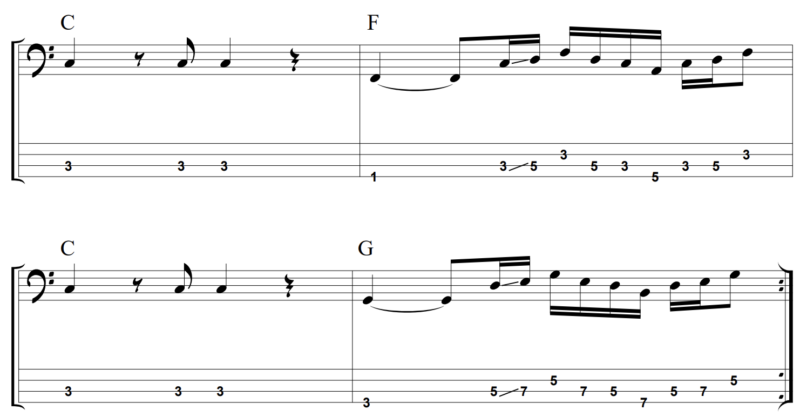