This week we’re looking at the same Major Pentatonic Patterns as the previous few lessons but this time we’re adding in some chromatic notes for extra spice.

The last couple of lessons covered the major pentatonic scale and the various ways we can play and use it in a song. Today, we are going to continue with this scale and spice it up with some chromatic notes.

What Are Chromatic Notes?

It is a common misconception to think that you should avoid chromatic notes – this isn’t the case at all! Chromatic notes can spice up a line and take it from average to great, but you have to know how to use them.

One of the best ways to learn how to use chromatic notes is to start by using them as passing tones.

A passing tone moves between two notes and is not usually lingered on long enough to make it sound obviously out of key. You can think of them as filling in the gaps between scales tones.

To find the chromatic notes in the major pentatonic scale, start with the original pattern and pick out the notes in between the scale tones.

First of all, let’s look at a run that contains just one chromatic note, D#, that we can use between the 2nd and the 3rd. This is a stable place to use a chromatic note as it is wedged between two scale tones. The D# spices things up as it creates a bit of tension that is quickly released before you even notice it’s there.

As with the other lessons, we can apply this fill to the end of a four-bar sequence of C major: 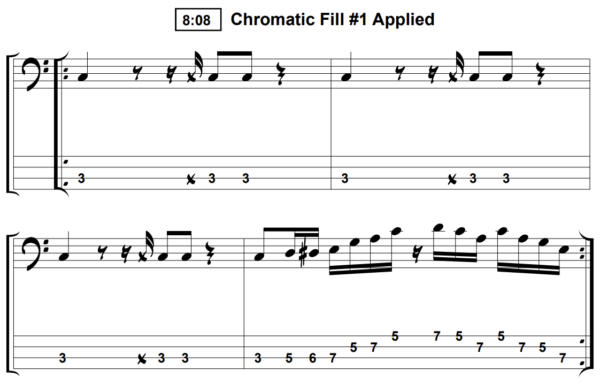 As the major pentatonic scale always works over chords I, IV and V, we can move the run over to the G chord so it leads back to the C: 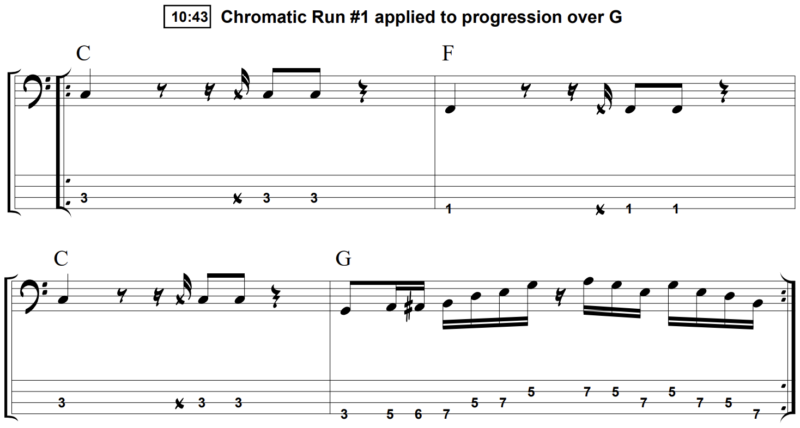 It also works over F: 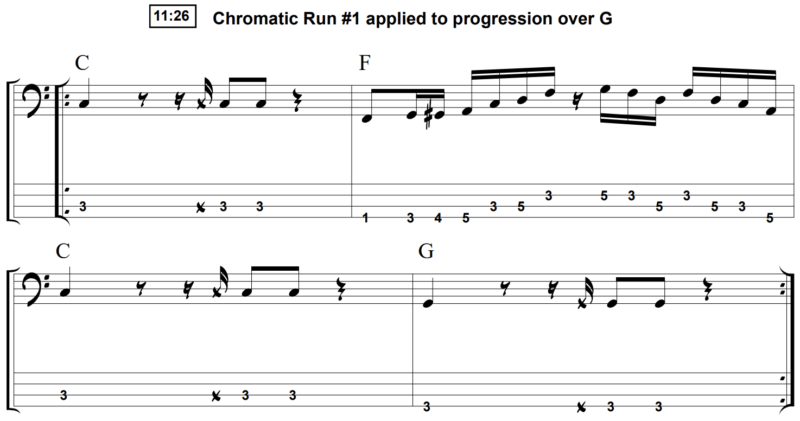 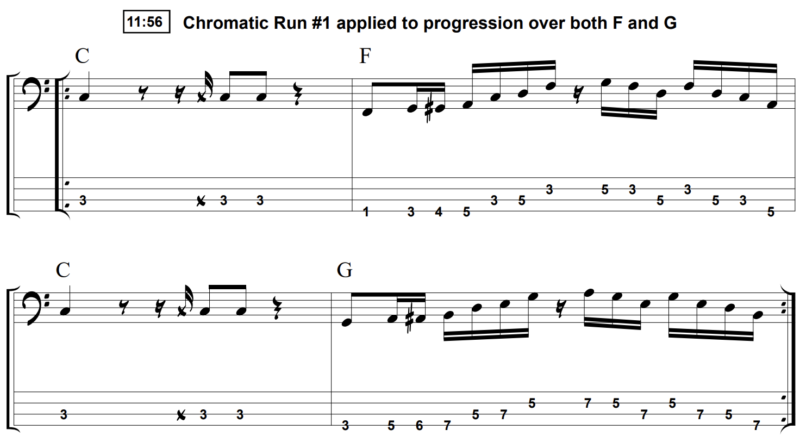 Now, we can add another chromatic note leading into the 5th (G) from the 6th (A). The Ab works here because it is sandwiched between two scale tones as the Db was in the last fill.

This new run keeps the chromatic note between the 2nd and 3rd and also includes a flat 6th leading into the 5th as well.

It can be applied to a chord sequence in the same way: 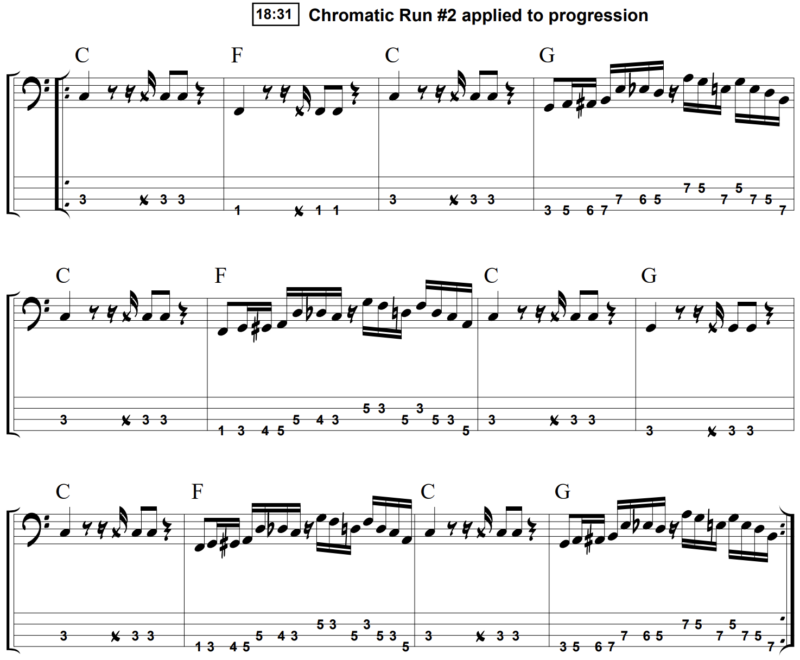 Finally, we can add another chromatic note that leads us back to the root. This is a Db and is between the 9th (D) and the root (C). 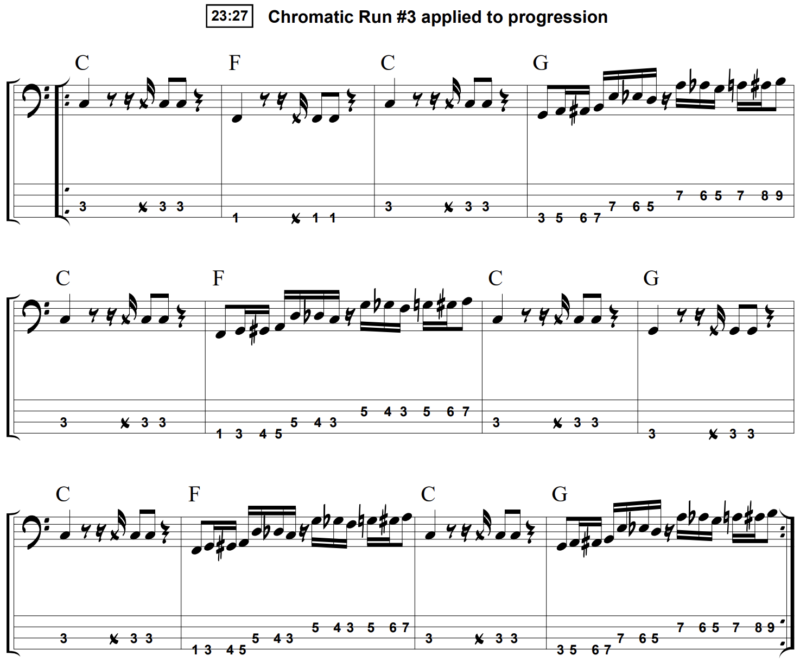 Note: Chromatic notes work best when they are leading the way into a strong chord tone. The three chromatic notes we have used in this lesson have been D# leading into the 3rd (E), Ab leading down to the 5th (G) and Db leading back to the root (C). These all work as they are resolving at a tone that is within the C major chord.