This week I’m going to show you a really popular melodic bass lick used in loads of different songs. This line can be played over a major or minor chord so is a very useful run to know.

Today we are going to be learning a popular melodic fill used by loads of successful players including John Deacon and Pino Palladino. The defining characteristic of this lick is the inclusion of the 9th and by the end of this lesson you should feel pretty comfortable with including this chord tone in your playing.

Let’s get straight to it…

You will notice that we begin with the two most stable tones in a chord – the root and fifth. This gives us a strong foundation to start with before we head to the 9th. The 9th doesn’t actually occur naturally in a major or a minor triad, but as we are only touching on it quickly, this doesn’t matter.

There is no third in this riff, which means we don’t have enough information to work out if it is major or minor. However, as there is no indication of a specific tonality, we can play it over pretty much any chord.

Let’s try the lick over the following chord progression: 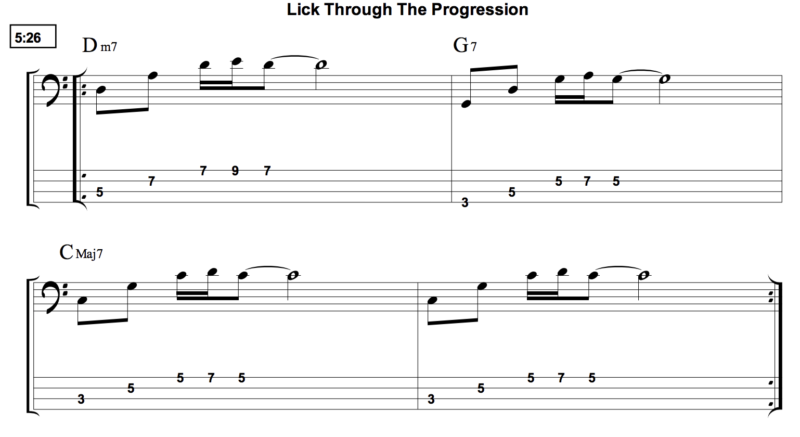 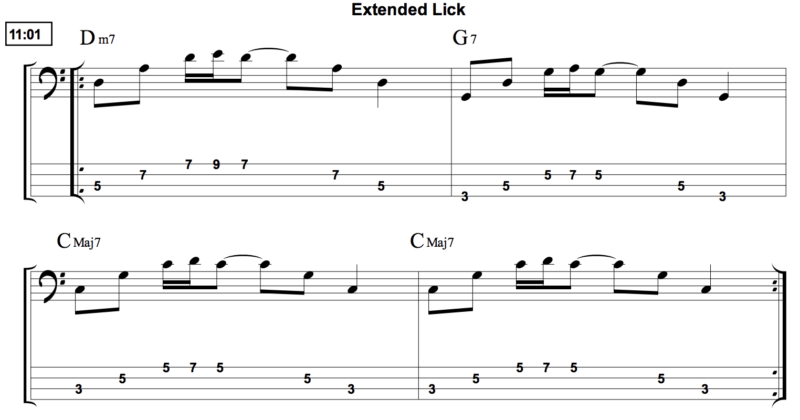 To add more variation to this lick, we can add in the 3rd on the last beat of each bar. We will play this note an octave up as this stretches the chord out to make it sound bigger. 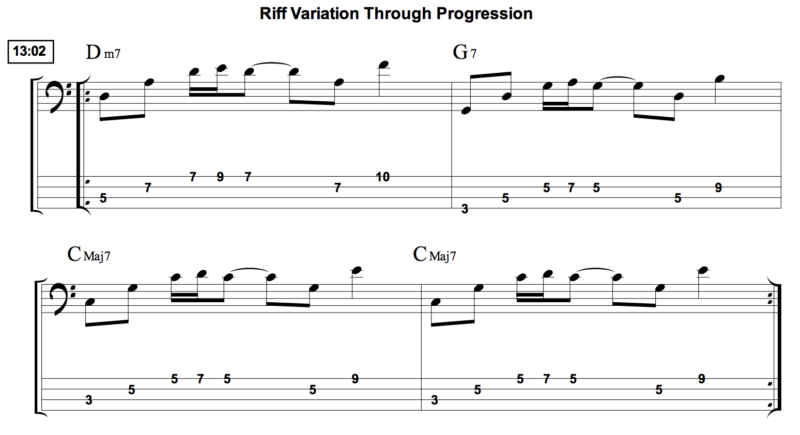 Now you have heard the basic form of the riff and you can extend it to include other notes such as the 3rd, try coming up with your own variations. Start by playing the basic form around a chord progression and slowly incorporate different variations as you hear them.