Funky Slap Bass Fills & How To Practice Them

Here’s a few ideas on slap bass fills and an interesting method for practicing them. As well as the standard Mark King style triplets I also cover more straightforward melodic lines and some funky mute techniques.

How To Practice Slap Fills

A great way of practicing slap fills is by playing a repetitive 4 bar groove and then inserting fills in on the final bar. We can obviously change the number of bars in there (8 bar riff/2 bar fill for example) but the main method simply involves incorporating fills into a groove.

For this lesson we’ll be using the following riff:

An easy way of creating a slap fill is to simply apply the same type of fill you might use in your fingerstyle/pick playing. As an example, here we have a fingerstyle fill played first with the fingers and then with slap/pop technique:

Octaves are a great way of creating slap fills and can be used both melodically and from more of a rhythmic, melodically static perspective: 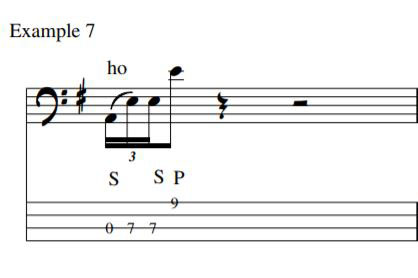 We can hold the fretting hand lightly over the strings when slapping to create a ‘ghost note’. These muted percussive notes can sound useless out of context but when combined with complete fretted notes we can create really funky fills:

The fretting hand can be used to create ghost notes by simply smacking the strings. Don’t push the string down (as we would with a hammer on). Just drop the hand down enough to create a percussive ‘whack’.

When combined with fretted notes we can create fast flurries that work well in our slap bass fills:

The following lick uses the muted palm slap to create a fast ‘machine gun triplet’. Barre the first finger at the 7th fret across the A, D and G strings to accomplish this pattern:

The following lick is an extended variation played by Stu Hamm doubling up on the slapped notes. The extra slap makes for a much trickier line.

The following triplet is very similar to the Stu Hamm line but played between the E and G strings without a barring of the fretting hand. This allows for more movement and is a line popularised by Mark King of Level 42:

For a variation, try muting the E string. This gives a more percussive sound:

By moving the Mark King triplet through different notes in the upper voice we can create melodic movement in our solos/fills at high speed: 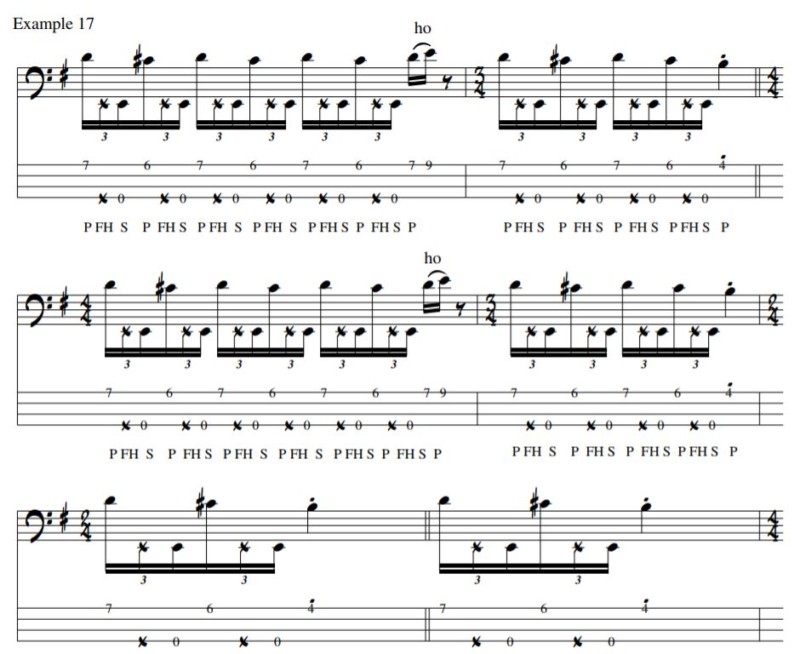 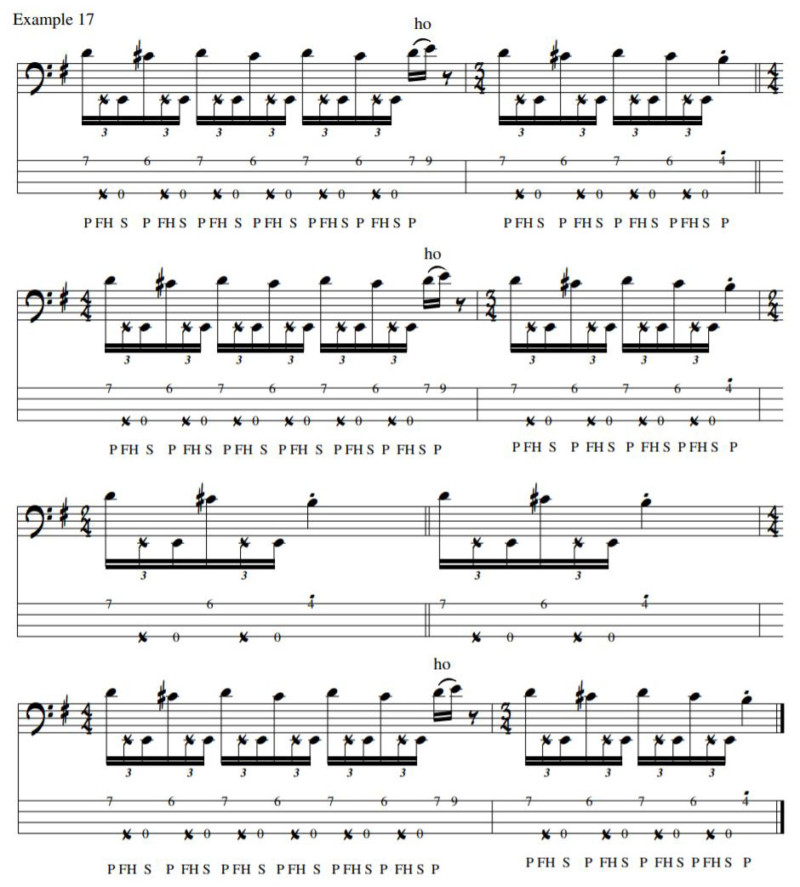