This lesson expands on the 12 bar blues topic by moving into a blues rock style and looking at how we can create some fills using chord tones, scales and chromatic notes.

The previous lesson, Beginner Blues Bass, explored a common chord sequence called the twelve-bar blues. As we mentioned, there are a few variations of that progression, here is the version we are going to use today:

You need to learn this sequence by both name and number.

The first time we run through the sequence we will use just root notes and a simple rhythm. 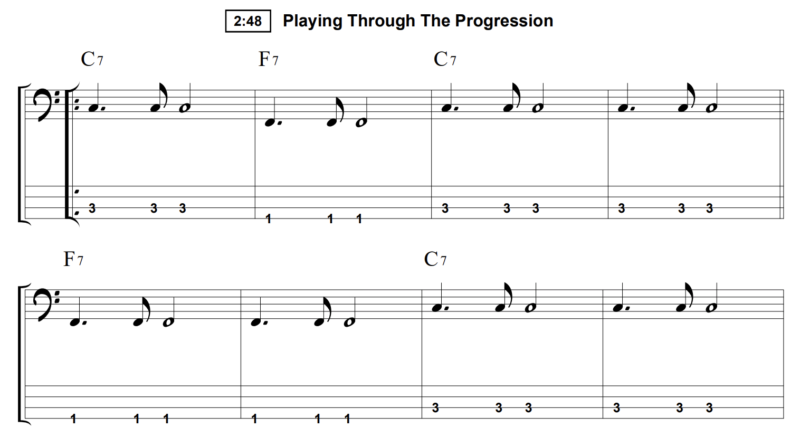 Play this progression round and round until you’ve got the chords under your fingers and memorised it by note and by number.

We can make the line sound more interesting by following along with the guitars and piano like this: 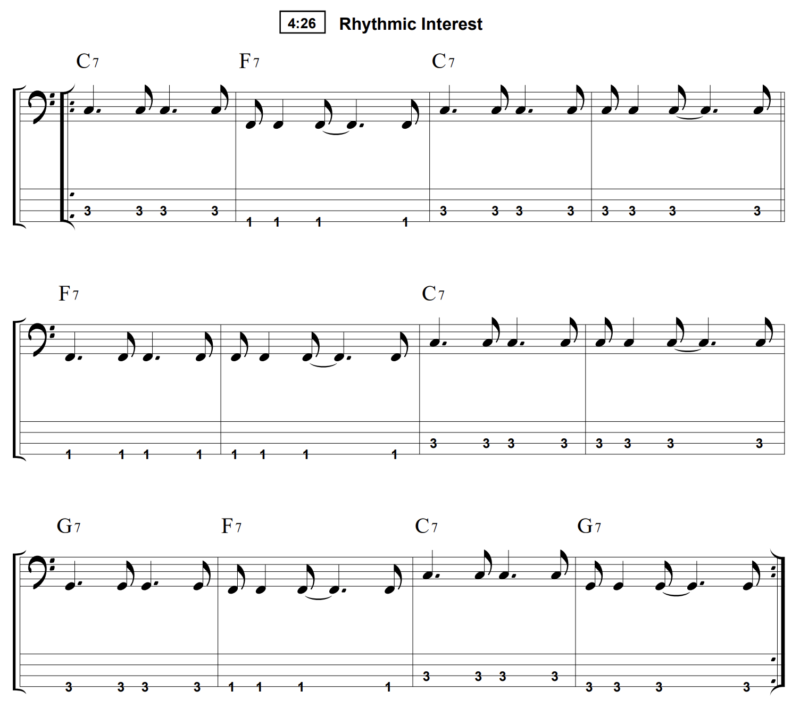 Now let’s add some melodic interest by approaching each chord chromatically. We can do this by leading into a note from two frets above or below it. So to approach F from above, we would use G and Gb. To approach it from below we would use Eb and E.

We could use this approach note system to approach any of the chords in this progression. For example, we could lead into the G chord from A or F and the C chord from D or Bb.

Note: Don’t feel pressured into using approach notes on every single chord change as it’ll get predictable and boring fast. Try mixing them up and don’t overuse them. You can take things to extremes to get used to certain moves when you are practising, but you need to leave room for the other instruments when you are gigging or rehearsing.

Now you have a set of basic basslines for approaching chords, you need to apply them to the riffs you are likely to use in that style. Here is the riff we will use to do this:

We can move this shape around to use it over the other chords and add it to the progression. 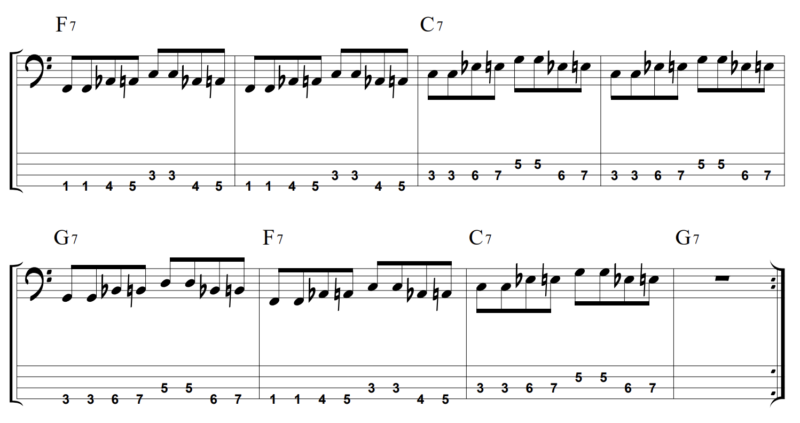 The last bar was left blank so you can insert your own fills for the turnaround.

A turnaround is sometimes found at the end of a progression and leads back to the beginning in a melodically pleasing way. It normally occurs over chord V as this creates a perfect cadence – one of the most common and harmonically satisfying ends to a chord progression.

As our turnaround happens over G7, we could simply play a G note until it is time to return to C:

This is a popular fill in blues as it is simple and works in loads of situations. To add a bit more melodic interest, we could create fills using the notes of G7:

Here are a few examples of turnaround fills over G7 that you could apply to the end of the previous progression to bring it back round to C.