In this video I’m going to be showing you how to play the main riff from the tune 43 by Level 42. This is a classic Mark King slap riff and pretty tough to learn when you first try it.

43 is a classic slap bass riff played by the legendary Mark King of Level 42. The riff features many aspects of Mark King’s playing style and can be pretty tricky to play for those just getting started with the slap bass technique.

I’d advise learning the riff in smaller sections as shown below. The practice tracks are provided at a variety of tempi:


This riff is most usefully broken down into two parts for ease of learning. There is also another brief mini turnaround riff which is used between each part, which I’ll treat as a separate part of its own. When you have all three parts under your fingers, you can simply play them back to back to get the whole riff.

The first couple of notes can actually be played three different ways (watch any three different YouTube tutorials and you’ll see what I mean). You can really play whichever is the most comfortable for you – and in the video I show you all three ways. To my mind, the original sounds like the open E is open for a fraction longer than some of the other examples, but like I say: it’s marginal, and up to you. The main thing is the muted note after the first slap for that distinctive percussive feel.

The second half is also played in lots of ways according to YouTube, but again: learn it this way while you’re here. The little chromatic slide is really cool, and it’s a feel that you’ll hear in a lot of slap lines. 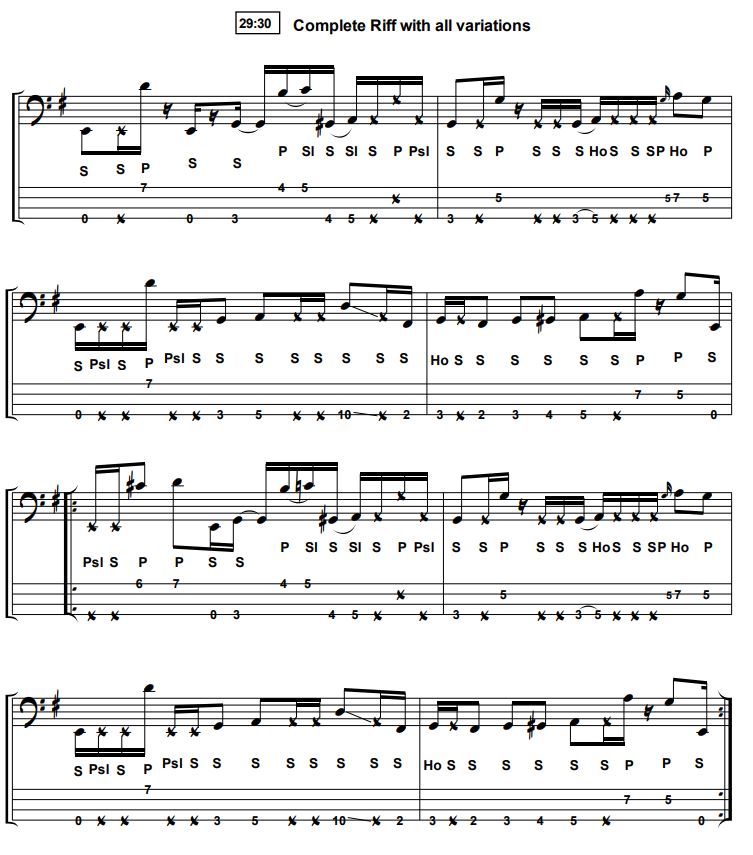