This week I’m giving you a pretty tough slap line from the tune Run For Cover by David Sanborn. The riff is by Marcus Miller and should test you whatever your level.


Run For Cover can be a really tough line to nail and it’s worth learning it in smaller sections.

First we can try the basic core riff shown below:

Next we can try some of the variations Marcus plays. First let’s try doubling up on the G in the first bar using a pop followed by a slap:

We can also replace one of the open E slaps with a muted note to give more of an anticipated rhythm in the third beat:

At the end of the intro slap section we have the following lick sliding down the G string:

When we combine our variations and sliding lick we can play the entire intro section: 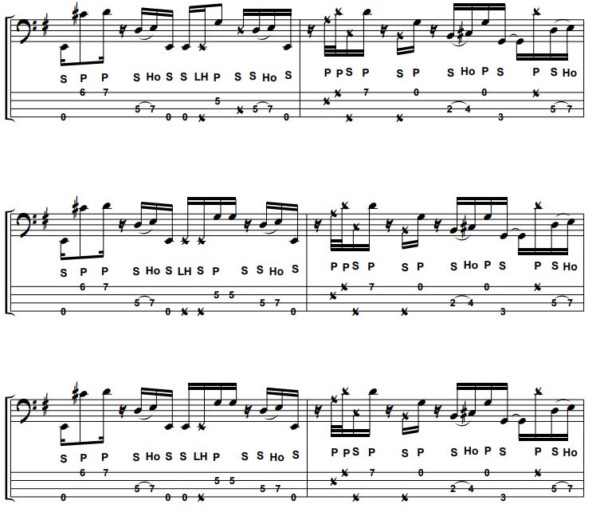 I’ve left the opening bend until the end of the tutorial because it can be tricky to jump from the lick into the main riff. Be sure to master the riff before adding it in there: