The latest lesson deals with Extensions beyond the 7th chord. Arpeggios containing the 9th, 11th and 13th are all covered

So far, we have covered triads and 7th chords, which we built from stacking various combinations of thirds. This system of stacking thirds can be extended beyond the 7th and if we follow it to its logical conclusion then we find that the building of a chord takes us through every scale degree in order of odd numbers. The 9th, 11th and 13th are reffered to as extensions and are not often played altogether at once as each note provides its own colour and sound.

In C, these intervals are:

When we build an extended chord, we use each note in order up to the extension we want.

So a 9th chord would be:

As there are so many variations of extended chords, there is no point at looking through them all at once. An easier way to memorise this is by remembering that the 9th, 11th and 13th are always classed as major or perfect unless indicated otherwise.

A C minor chord would use exactly the same extensions of D, F and A, as would a C7, Cm7b5 or C augmented 7th.

We have to change the chord symbol to indicate any alterations that aren’t major or perfect. For example, a b9, #11 or b13 etc. would have to be shown in the chord symbol.

Here is the notation for the more common variations of extended chords: 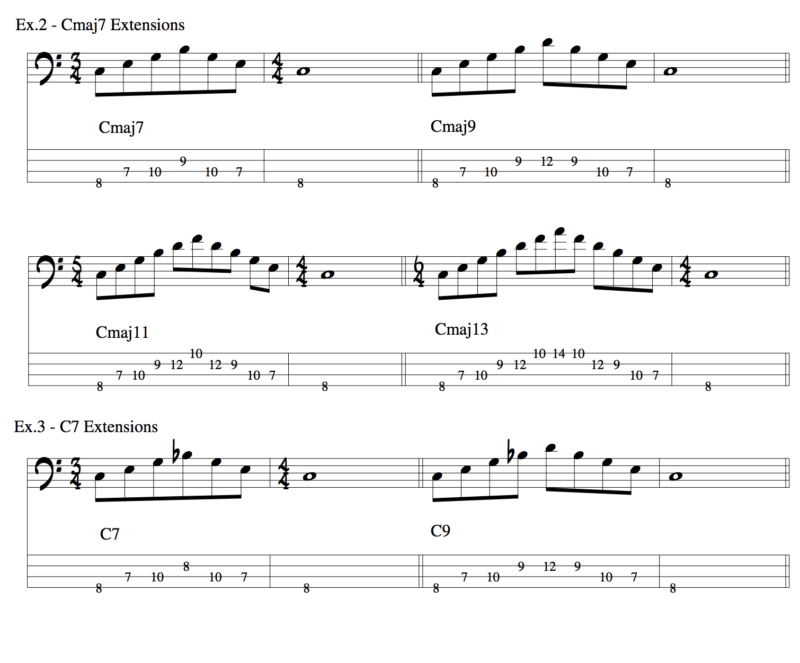 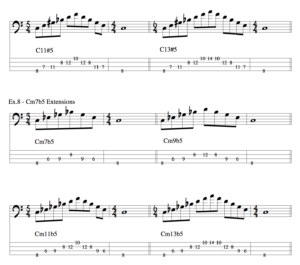 Now we’ve covered each extension, we can create an exercise for practising these arpeggios: 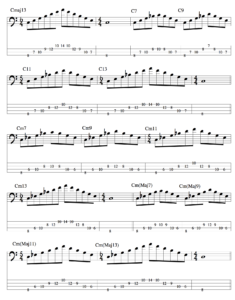 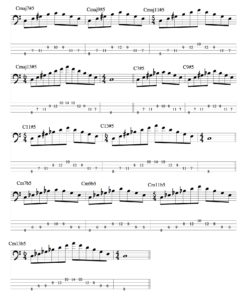