This is the first lesson dealing with my favourite topic of odd time signatures. In this lesson I’m going to show you how to develop a more natural feel for odd time using 5/4 as an example. By using a musical phrase and outlining the main accents of the bar it’s possible to feel your way through an odd time signature without the incessant counting that many people use.

Finding The Groove In 5/4

As a musician, you are likely to come across songs with odd time signatures sooner or later. This is fine if you have a riff that you can memorise, but it becomes a bit trickier when you have a chord progression to work around without any written parts.

One of the keys to getting a natural feel for a new time signature like 5/4 is to pay attention to the main accents in the bar. Don’t try to count each individual beat as you don’t want to be consciously thinking about the time, but rather feeling it.

For the first exercise, we are going to use the following rhythm:
(Play on bracketed notes)

You may find that subdividing the rhythm and filling the groove in with extra 8th notes helps you get to grips with a new time signature quicker.

If you take a look at the main phrase again, you will see that it is made up of two dotted crotchets and two crotchets. This can be broken down into two groups of three quavers and two groups of two quavers. Underneath are a number of different ways you can practice adding the subdivisions into this groove.

Taking notes out can actually be a lot harder than it sounds as you can no longer rely on the subdivisions to keep you in time. Feeling the hits rather than counting them will help you here.

To change things up a bit, we can create a more complex exercise by including the notes of the C minor pentatonic scale:

Try using this scale to create your own basslines in 5/4 – use different combinations of subdivisions to vary your riffs. 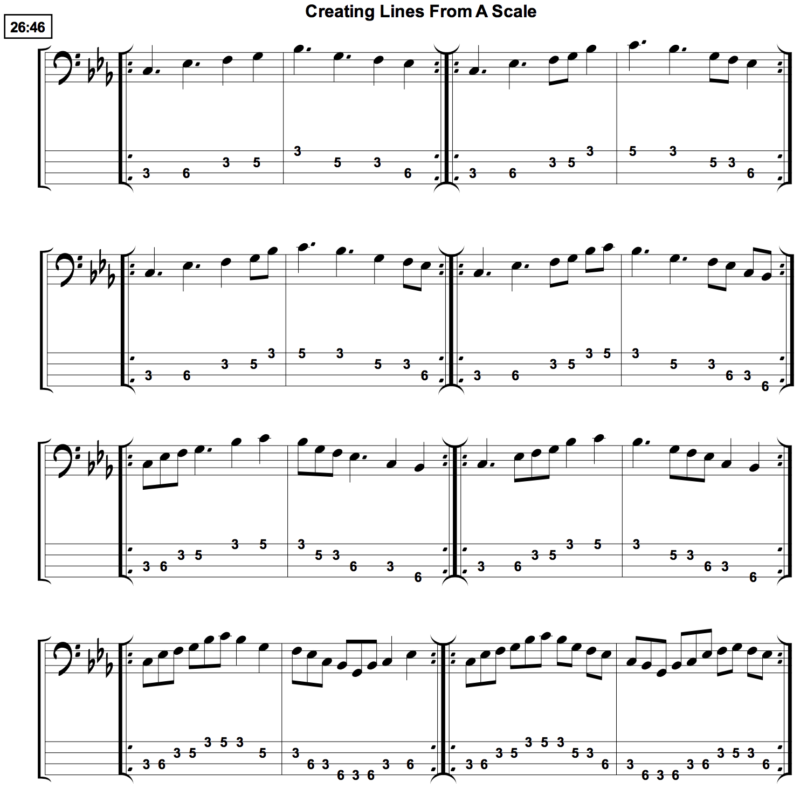 We are now going to revisit taking notes out of the groove as it is a great way to ensure you can feel and isolate each individual beat. 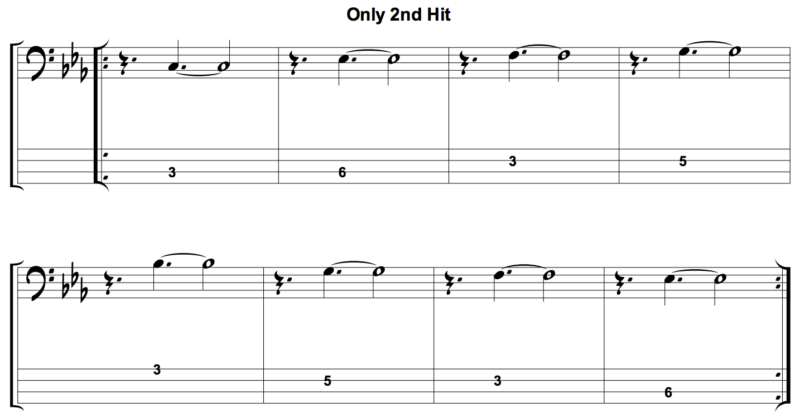