My Generation – The Greatest Bass Solo Of All Time? (Tabs & Tutorial)

This week we’re looking at the most famous bass solo in music history: My Generation by The Who played by the late, great legend of the bass guitar – John Entwistle.

If you’re really interested in getting John Entwistle’s sound, you might want to use tapewound strings which he was forced to use after breaking the roundwound strings on the Danelectro he was using at the time (ironically, it was his influence that brought round wound strings to the fore in rock music!)

The song clocks in at a brisk 190bpm and is based around the G pentatonic/blues scale. It actually consists of four different sections, which I recommend you learn separately before trying to play them altogether.

Perhaps the trickiest part in the first section is the half step bend on the G string. Mainly down to the thickness of the strings, bending is much less common in bass playing than in guitar playing, so this might not be something you’ve had a great deal of practice with, making this an ideal excuse to build up some finger strength! That aside, you should recognise the notes as being a basic blues run – albeit played at a fair old clip.

The second section is characterised by a ‘fluttering’ effect  – which you’ll probably find easier by using three fingers for alternative strums.

The third section evolves the first two sections by combining that same fluttering effect with a bend and a lovely chromatic slide from C# to C.

The final section is where getting the rhythm of your fingers right is the most critical part.

Overall, the biggest challenge you might have in emulating John’s style is his trademark three finger picking style – which has been described as like a ‘typewriter.’ Unusually, he picked in a fanning motion from ring finger to index finger (if you watch any live video of The Who you’ll immediately notice this). If you were raised on Billy Sheehan like me, this will actually seem fairly natural – but a lot of us are used to playing primarily with our index and second finger so it can be counterintuitive to play this way.

As always, break it into sections – and learn to play it at a slower tempo before cranking up to match the pace of the original recording. 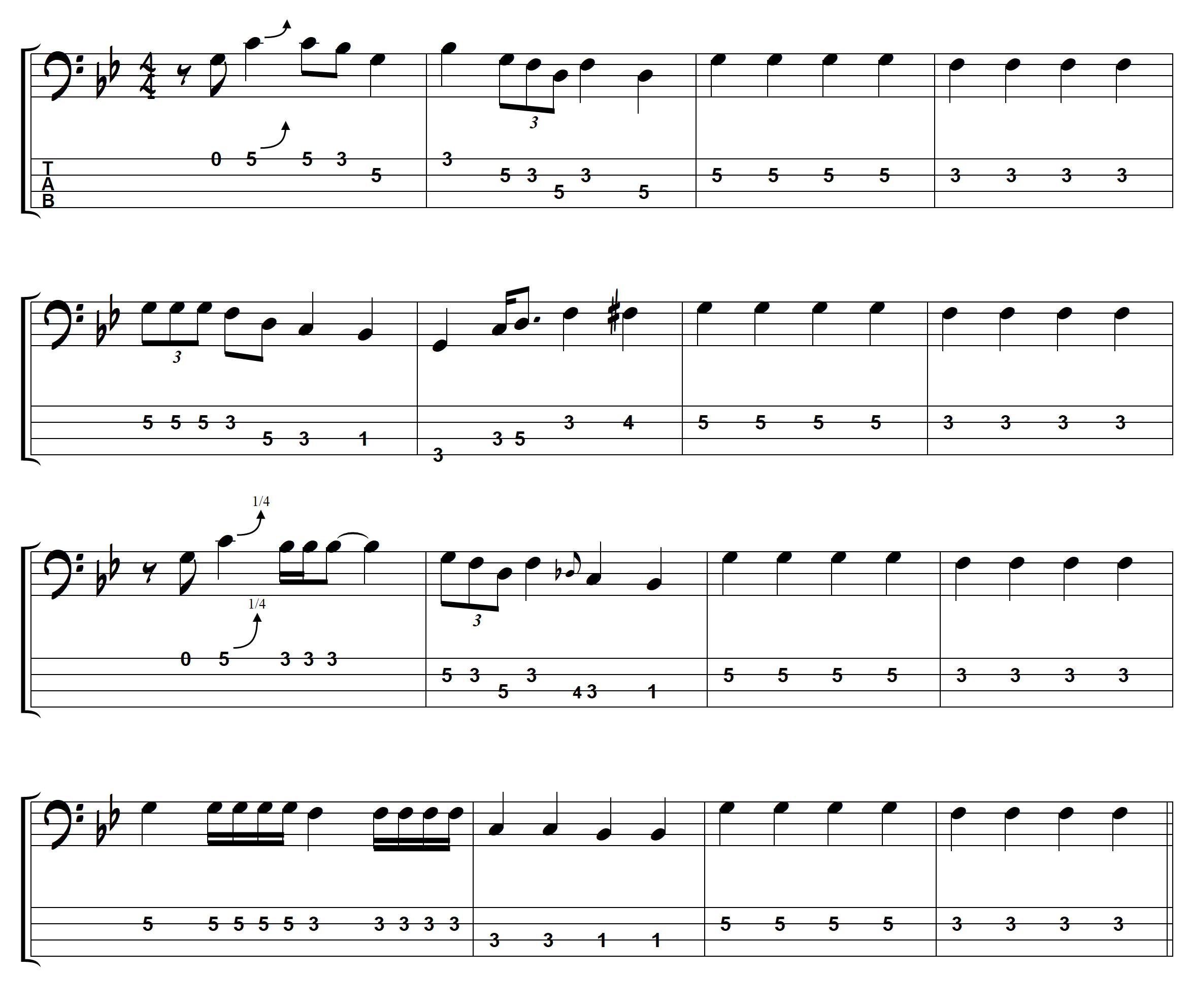