The last lesson dealt with triads. This lesson adds another third to the chord to give us the seventh chords.

In the previous lesson, we learnt the four main triad shapes and looked at how they are constructed from two stacked thirds.

In this lesson, we will add another third to the triads to create different types of 7th chords. Let’s take each basic triad and see how the chord changes when we add a 7th.

Here are the chords again, notated: 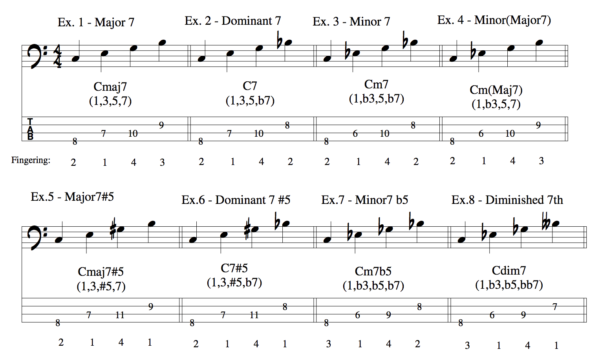 We can practice the 7th chords in the same way we practised the triads. Starting on the same tonic each time, play each arpeggiated chord through four times before moving on to the next. 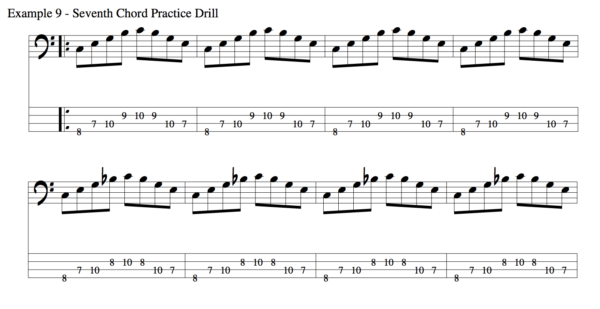 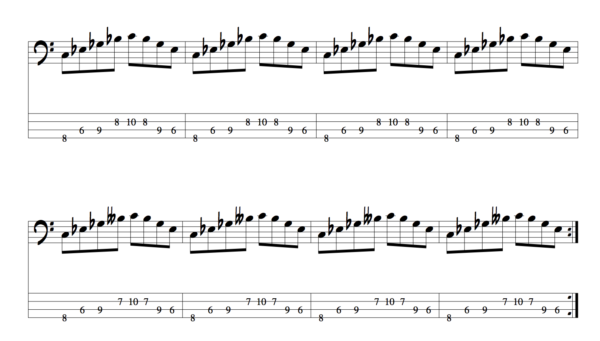 As with the triads, learn to hear the sound of each 7th chord. Every combination of intervals gives us a unique character to each chord.