This latest lesson on Music Theory for the Bass Guitar begins delving into the topic of chord construction with this video on triads (3 note chords).

We will be focussing on arpeggios in this lesson as they are more common in forming bass lines than block chords are. It is also tough to play extended chords at once on bass due to the note positions.

The most popular way to build chords is by stacking intervals – usually thirds. This approach is called tertian harmony. As we have learnt already, the most common forms of third are the major 3rd and the minor 3rd.

This process gives us four possible types of triad:

All other chord types are generally built around or on top of these four basic patterns.

This way of seeing chords is much easier and much more common than referring to them as stacked thirds. But it is important to know how we build the chords from the thirds so we can continue that principle on to create larger shapes.

Each triad has its own unique sound. We can hear that sound more clearly played as a block chord.

We can still hear the characteristics of each chord when we play the arpeggios. Try playing all four arpeggios starting from C one after another to compare the sound of each chord. I recommend playing each one four times before moving on so you have time to register the sound.

Now you should be able to hear the characteristic differences between the arpeggios and see the intervallic makeup in the overall pattern. Try the exercise on different tonics and then try moving shapes lower down the neck where the stretches are bigger.

Full chord names are often shortened in sheet music and charts to make it quicker and easier to process. Here are the main chords to know: 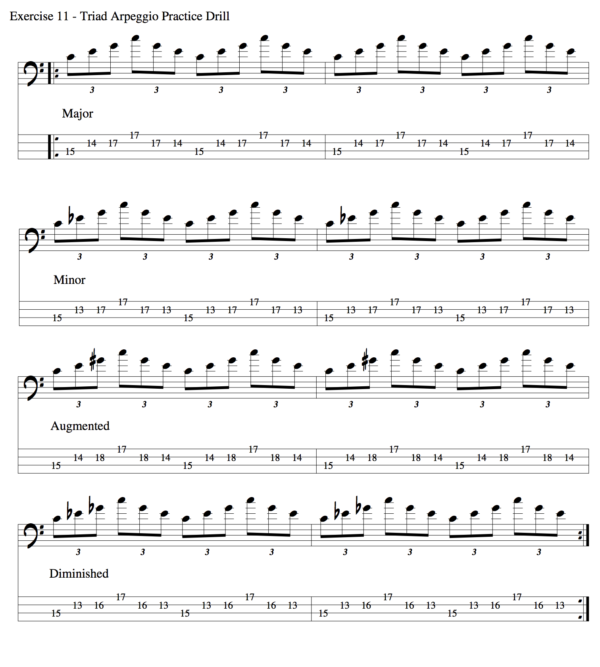 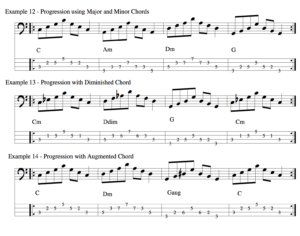