This week we’re taking a second look at the bass lines of Chris Squire of Yes with a breakdown of the intro to the song Heart Of The Sunrise from the Fragile album.

Heart Of The Sunrise

This is a very tricky line which has much in common with speed metal. It’s also quite a lengthy line, so I’ve provided backing tracks at 4 different tempi – from 116bpm to 146bpm to help you get it under your fingers. It’s in G# minor and a 6/8 time signature – and if you’re interested in emulating Chris Squire’s famously trebly tone, you should use a pick, roundwound strings, and a Rickenbacker.

The first section is fairly straightforward – but to play it correctly as per the original recording, pick the notes individually and resist the temptation to hammer on. You’ll find that a simple alternate picking style is the best way to emulate this – and if you don’t normally play that way this is a great place to start.

The gap after this first section is actually two bars of 4/4 which Rick Wakeman fills with a dissonant keyboard part  – but I count it as two groups of six eighth notes and a one group of four eighth notes. Don’t worry too much about how you count it as it’s up to you, but I find this method gives me more accuracy when it comes to timing.

This is repeated twice before the main riff comes in.

After this, we play a pair of repeating patterns – only this time ascending back up the neck; very much like the opening motif.

Finally, there is the dramatic closing run down to an open E. I think the original recording had two basses, which I emulate by playing two strings. The real trick isn’t this however: it’s the timer.

I find it easiest to count 3/8 until hitting the A flat – which is a count of 5 – before returning to 3/8. It probably sounds more complicated than it is, but at the song’s original tempo you might find it very tricky to count at first. Good luck! 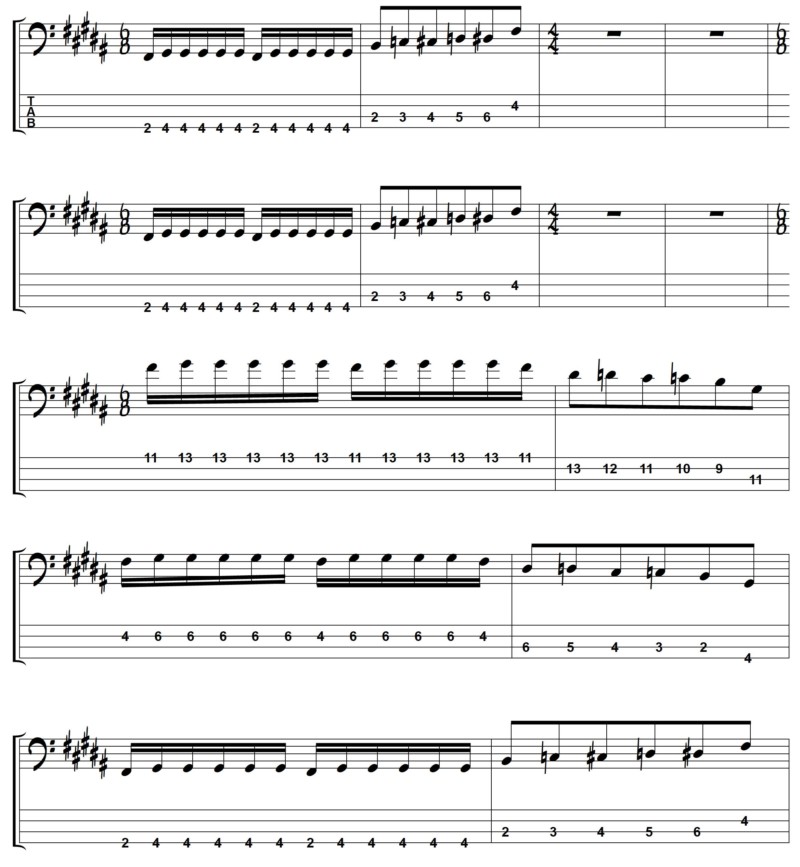 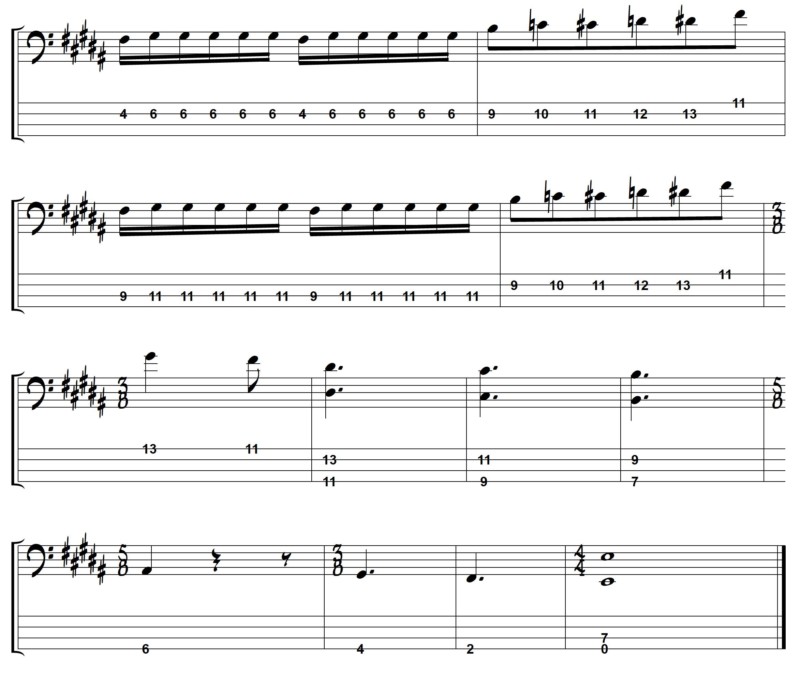