This week we’re looking at three crazy tapping lines from the song Addicted To That Rush by Mr Big featuring the amazing Billy Sheehan on bass.

Addicted To That Rush:

As a teenager, my hands were already in danger of blistering – but learning Billy Sheehan licks was the thing that ensured it! This track was one of many that I spent hours working on in the early 90s as I attempted to master tapping – and it paid off in the end.

The second section – played in unison with Paul Gilbert’s guitar – uses much of the same technique: you’re lucking for even volume for taps, pull-offs and hammer-ons. This is one of the reasons I recommend working on your technique piece by piece before playing the whole line. As well as using two fingers, you might find it easier to pull back in towards yourself as opposed to pushing away as is common on guitar. The other tricky part is switching between strings: playing it really slowly at first will help you master this without accidentally hitting the wrong string – particularly after the slide up the next prior to the closing bluesy lick.

The final section is similarly complex. If you have more than 20 frets on your bass, you can simply play an E for the final note, but I personally like to make it a whole step bend with a little vibrato to really double down on that bluesy feel. 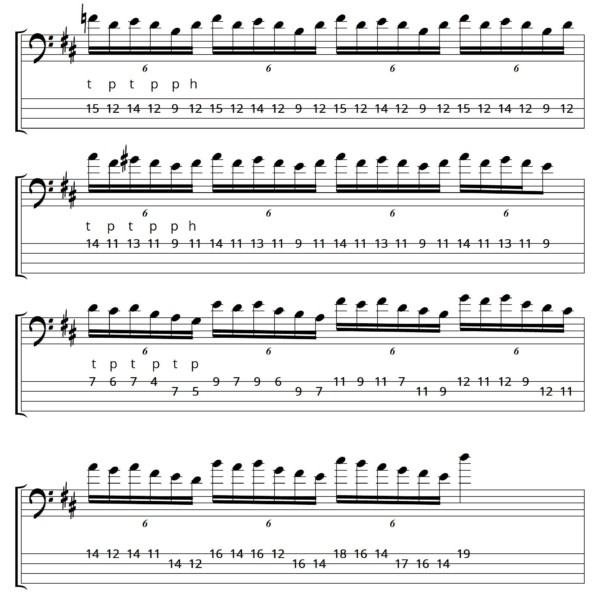